Yesterday, one of my good friends told me the story of how their little dog came to join their family. I was sitting on a stool at her kitchen island. It was loaded with burgers, hotdogs, pickles, watermelon, and mac and cheese. My daughter’s and I were there to celebrate the Fourth of July with them. Which meant we were there to eat. Which has become quite confusing, this eating. This same friend and I just joined a weight-loss program and while eating cans of beans or pounds of chicken and beef is no problem, a 100-calorie sliver of dark chocolate is the points equivalent of an entire meal. This makes zero sense.

I studied the burgers in front of me, which one, which one…giving them as much  consideration as I would a new car purchase while Herschel Walker, the family’s dog, wandered around the kitchen, working hard for someone, anyone to give him food.

Herschel is a curly, cocoa-brown miniature poodle who is quite full of personality and anxiety. He’s a prancy little thing and had no shame doing tricks for a piece of hot dog. If you want to see intent and desire in its most pure form, observe a dog in the throes of inbound food. They will mashup their entire repertoire of tricks, combining sitting, laying, and rolling over into a single, ridiculous motion.

Now that Herschel’s come around and will let me pet him (it’s the anxiety, y’all), I needed to know his story. “How old is Herschel?” I ask.

They can’t recall for sure. “Maybe eight, probably nine,” my friend, Denise said.
“Is he a full-bred poodle?” I wanted to know.
“He is but when we picked him up, the breeder offered an unsolicited $100 discount, so there’s a little don’t ask, don’t tell on that front,” she said, smiling.
“When did you get him?” I asked.
A big sigh. “It’s a sad story. Do you really want to know?” she asks.
“Of course,” I replied.
“Well before Herschel, we had a small dog, a toy poodle, named Kelsey. She was so tiny, I could carry her in my purse,” she said. (This information surprises and amuses me, my friend doesn’t seem like the dog-in-the-purse type.)

She went on, explaining how on this one particular evening, her husband left to pick up Chinese carryout. As the door shut and she heard him pull away, she realized she hadn’t yelled after him as she had a thousand times before to watch for the dog. “I figured I didn’t need to,” she said. Steve, her husband, had joined us in the kitchen and looked aghast when he realized the story he had walked into.

“Oh my god, don’t tell that story. Why are you telling that?” he asked his wife. I felt awful for him. For them both, because yes, it ended how I didn’t want it to end; how no one, including the dog, wanted it to end. The little dog had run out the door and ran after the car. Steve had looked behind him, but the dog was the size of an actual tea cup and he just didn’t see her when he backed out of the drive.

I hate hate hate stories like this. Not about dogs dying, well, of course about dogs dying, but I hate it when I hear possible proof that the unwanted monkey on my back of near-neurotic worry is there because it needs to be.  END_OF_DOCUMENT_TOKEN_TO_BE_REPLACED 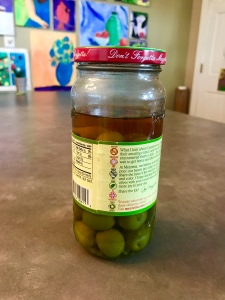 I’m pretty sure my daughter’s friend thinks I’m whacky. But, maybe not. Maybe she gets me. More likely, she doesn’t think that at all because she’s not thinking about me.

The three of us are in the car. My daughter in the passenger seat; her friend in the back. I dare glance at the youngest of my two children. I take in her face, her features suspended between child and young woman. I note how her eyelashes nearly brush the inside lenses of her sunglasses.

She allows my gaze for a couple seconds before turning to me with a scalding, ‘What?” followed by a withering, “Why are you looking at me?” and finally, “Why are you talking about gorillas?”

I’m talking about gorillas, I tell her, because they’re interesting. Because we have things in common with gorillas; with other people and it pays to take notice sometimes. To think of things other than manicures and makeup and boys; switching to her dad’s house and lunches out with friends. (She’s right. I also spend an inordinate amount of time thinking about these same things.)

I’m talking about gorillas because her 13-year-old best friend in the backseat has a younger brother who is autistic and non-verbal. And I want to share a story I heard a couple evenings ago that I think she will appreciate.

As I deliver my preamble, I’m struck by how unpredictable and confusing entry-level teenagers can be. Interactions with them remind me of the time I found a raccoon in my front yard. I was surprised and happy to see this unexpected guest. How lovely and delightful! I remember thinking, “Surely this is some sort of mystical visit. Wait. Maybe it’s a dead relative come to visit in animal form!” I had to get closer.  END_OF_DOCUMENT_TOKEN_TO_BE_REPLACED 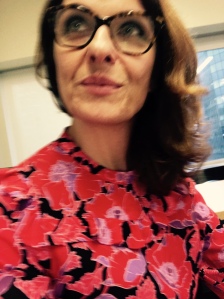